A quality offering from Grassy Creek Merinos at their 8th annual on-property ram sale saw buyers from NSW and Victoria bid up to $6000 on three occasions to hit the sale top today.

Overall Michael and Jane Corkhill, and sons Toby and Hugh, sold all but one of the 136 rams on offer to average $2383.

With 110 Poll Merinos and 26 horned rams on offer, it was no surprise the polled rams created interest to make up a number of the high prices on the day. 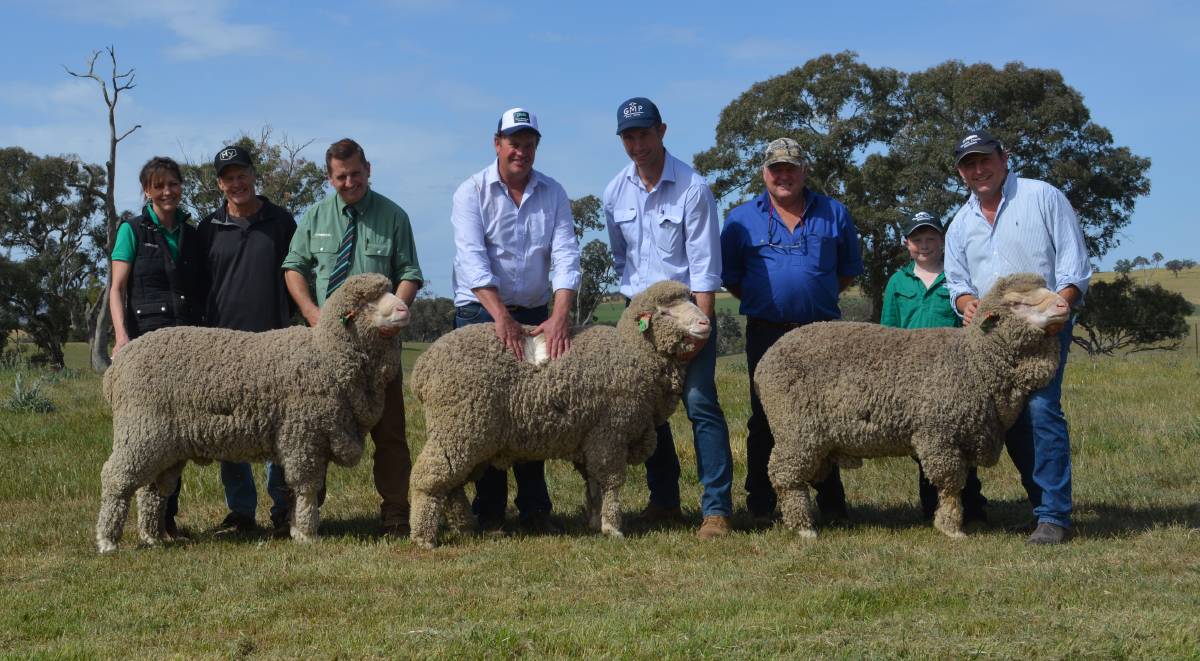 The three $6000 equal top-priced rams with buyers, vendors and agents.

Running 1500 sheep, Mr Roche was looking for a ram that he could potentially breed his own rams from.

Mr Harrison said he was interested in the rams breeding. “He is by Yarrawonga 961 and out of a top Grassy Creek ewe,” he said. “He is a bold crimper and will suit our are well.”

The sale was conducted by Landmark Yass with Rick Power taking bids as the auctioneer.