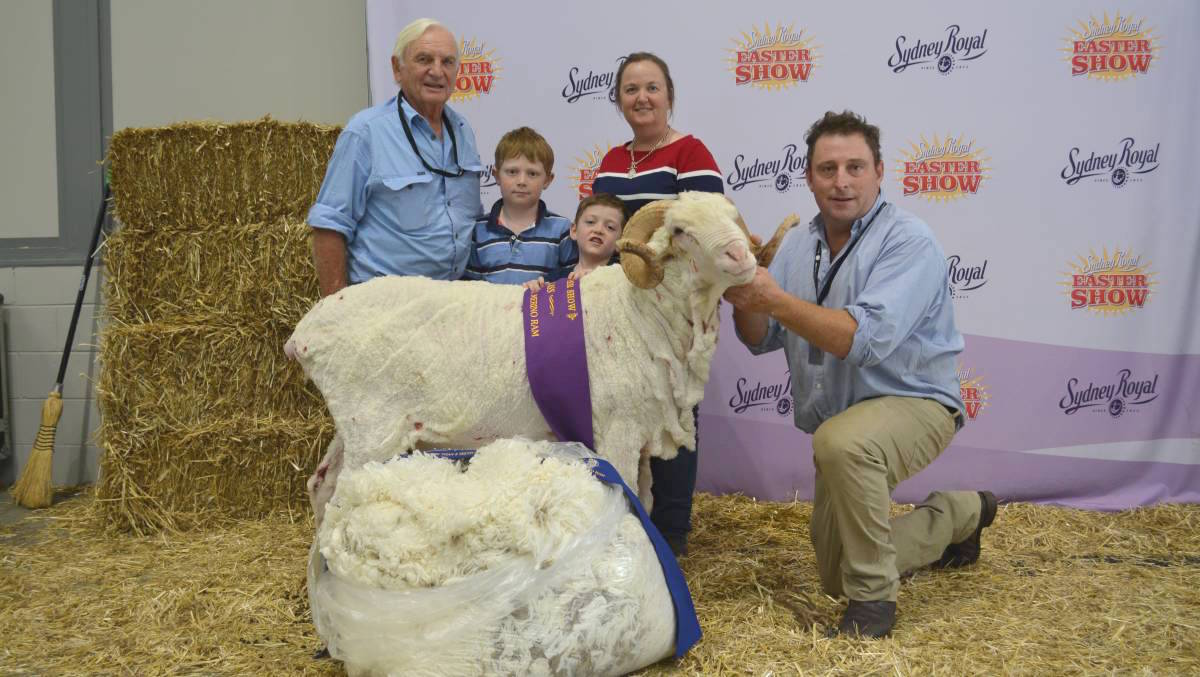 Racking up an impressive high point score, the ram cut 14.3 kilograms of wool at 15.9 micron with a yield of 69.1 per cent and fleece value of $302. It had a fibre diameter co-efficient of variation (CV) of 22pc with an eye muscle depth (EMD) of 33mm, fat depth of 10mm, body weight of 112kg and was given a subjective measurement of 95.

Earlier in the week, the GC160042 ram placed fourth in the fine-medium wool class and was said to be “consistently up front” by stud owner, Michael Corkhill.

“The ram is bred well with both its sire and dam having a strong show history,” Mr Corkhill said.

Second place across the board for the rams went to the Rayner family from Grathlyn Merino stud, Mudgee, with their two- to four-tooth Merino ram which scored 534.5.

A six-tooth and over ram, exhibited by the Chapman family from Hinesville Merinos, Delegate, received third overall with a point score of 527. The Hinesville Status Quo ram was first place in the senior production class section and recorded the highest body weight of the section at 148kg .